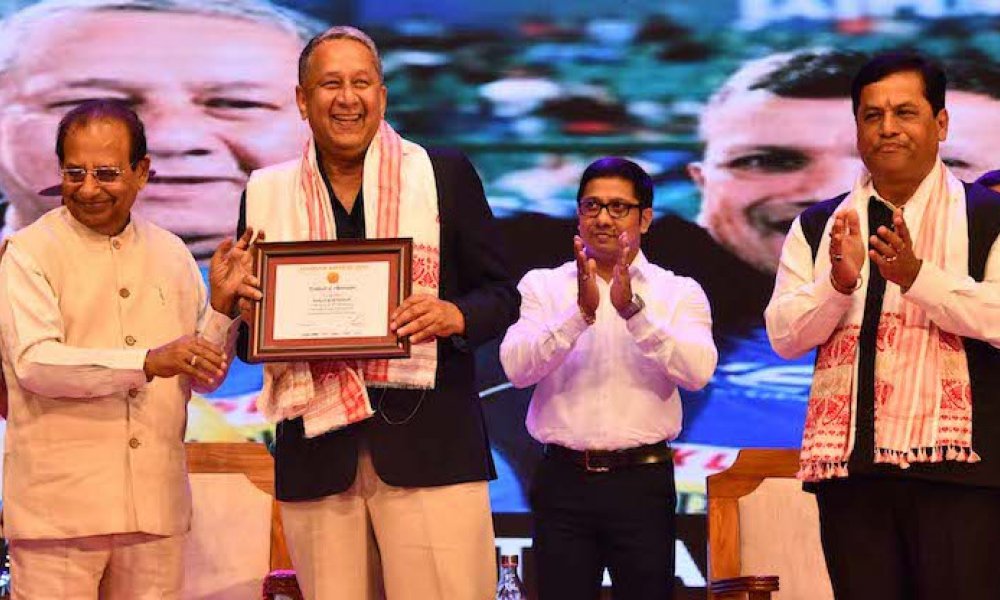 Eminent corporate personality and philanthropist Ranjit Barthakur has been honoured with the Achiever Awards for Corporate Excellence by Partidin Group at a ceremony in Guwahati. The award was conferred to him by His Excellency Professor Jagdish Mukhi, Honourable Governor of Assam in presence of Shri Sarbananda Sonowal, Honourable Chief Minister of Assam.

Ranjit Barthakur is known for his exceptional initiatives and achievements for over 40 years in diverse fields of Business Management, Social Entrepreneurship and Consulting with extensive expertise in FMCG, Information Technology and Sustainable Development. Through his position as a Senior Advisor - Northeast programmes with the Tata Trusts, he is working to create development impact in areas of health, education & livelihoods. A firm believer in Human Futures, he believes in affordable healthcare for all. He is the Chairman and in the Board of Trustees of Operation Smile India. Operation Smile is the largest worldwide humanitarian NGO dedicated to providing treatment to children born with clefts.  Under his Chairmanship Operation Smile India has conducted free medical evaluations for over 35,000 patients and provided free corrective surgeries to more than 25,000 patients. He is also a Trustee of Tata Eastern Medical Trust, striving towards Cancer Cure.

He is currently the Executive Chairman of the Indian Premier League team, Rajasthan Royals. He also serves on the Board of Agilisys Asia, a leading technology solutions provider, and Blenheim Chalcot, a venture capital organization. He is currently a Director at Clearscore, amongst the leading FinTech businesses in the world, Chairman of Amalgamated Plantations (formerly Tata Tea), an emergent entity from divestment of the plantation business and Chairman of the Northeast Advisory Council of the Federation of the Indian Chamber of Commerce and Industries (FICCI). Under the guidance and mentorship of Mr. Barthakur, Up gradation Industrial Training Institutes in whole of North East India has taken place under PPP mode in collaboration with Tata Motors, Hindustan Unilever, Kirloskar, Mahindra, TCS, Taj Hotels, etc. Under his leadership 7 ITI’s have been installed with state of the art training facility which includes Driver’s training Simulator which has produced more than 500 trained drivers, both Men & Women. In 2012 he founded APPL Foundation which focuses in the fields of Education, Healthcare & Employment.

Accepting his award for corporate excellence, Ranjit Barthakur said, “I accept this award on behalf of all the people with whom I work and strive to make a better and happier day - jointly and individually. It is only through interdependence that such achievements are possible and it is through this concept that I have always filtered my work ethos. Such recognition must really be dedicated to all the people who work through every struggle and make dreams happen!”

In addition to his leadership in the private sector, Ranjit, apart from being President and Founder of Balipara Foundation, also serves on the boards of multiple nonprofits, pursuing his vision of social good in the North East region. He is currently a member of the governing board of Ashoka Trust for Research and Ecology (ATRE), the governing body of the Northeast Initiative Development Agency (NIDA), Moran Blind School and the advisory council of British Asian Trust; Trustee of the Devki Devi Foundation Max Healthcare, the Tata Eastern Medical Trust, the Varanasi Welfare Trust and the APPL Foundation; and is the founding member of Sahapedia, a knowledge platform for disseminating information about India’s cultural heritage.

Raised in the tea gardens of Assam, Ranjit is inspired by the pristine beauty and heritage of the Eastern Himalayas. He dedicates most of his time to biodiversity conservation and advocating for socio-economic equality for communities in the region. In 2007, he founded the Balipara Foundation which works towards community development and conservation of natural resources in the region through the concepts of Naturenomics™ and Rural Futures.

Under his mentorship of the Balipara Foundation, the social enterprise, the Eastern Himalayan Botanic Ark in residence at Wild Mahseer, has become a hub for mindful tourism in Balipara County, Assam and has been instrumental in catalyzing the natural history and cultural heritage of the Brahmaputra valley in Assam. He has also contributed to the growth and development of the Northeast by facilitating the implementation of Public-Private Partnerships in the health, tourism and connectivity sectors. Additionally, he has developed the multi-disciplinary platform, the Eastern Himalayan Naturenomics™ Forum, to foster global collaborations for conservation action in the Eastern Himalayas. Through the Balipara Foundation Social Recognition Awards initiated in 2013, more than 80 personalities and organizations working towards nature conservation, livelihood and community development in the Eastern Himalayas have been recognized and felicitated.

The award ceremony was attended by several Members of Parliament and Members of Legislative Assembly’s from the northeastern states. 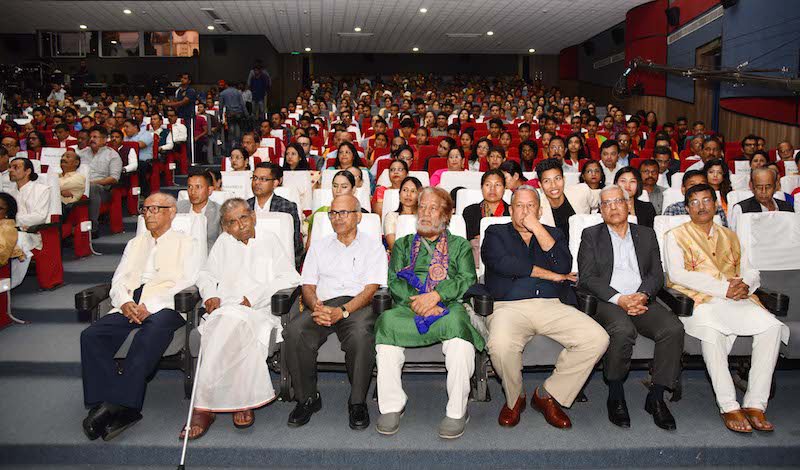 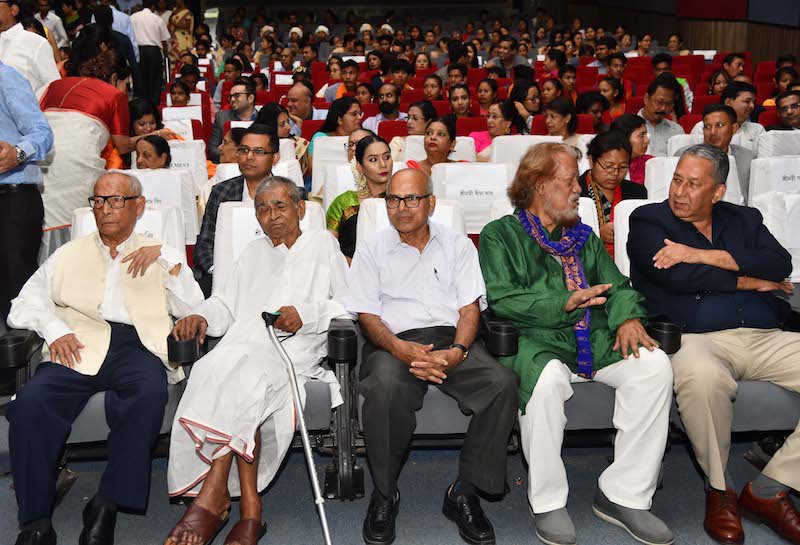 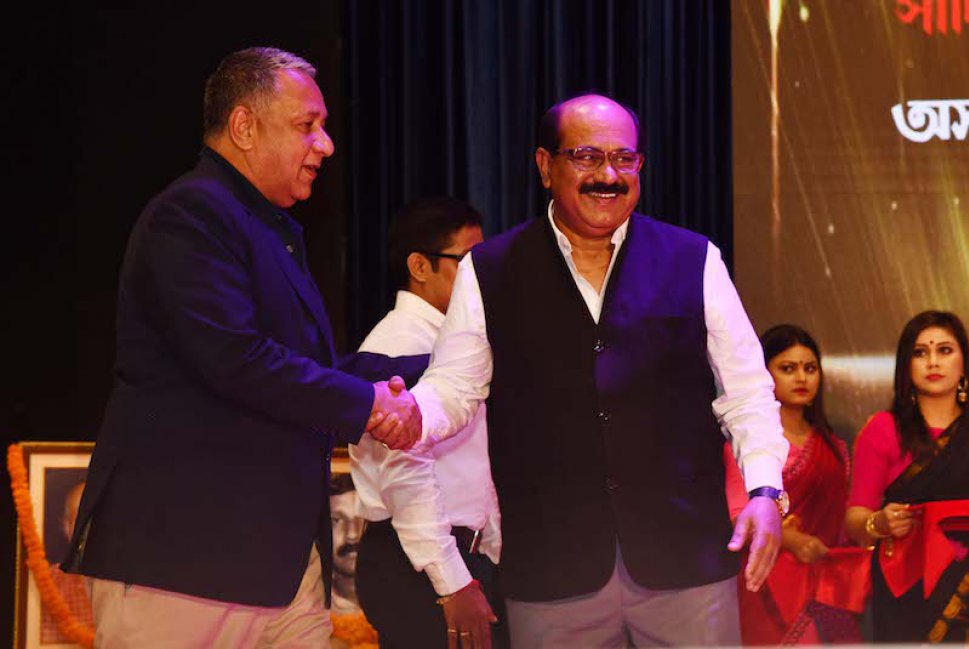 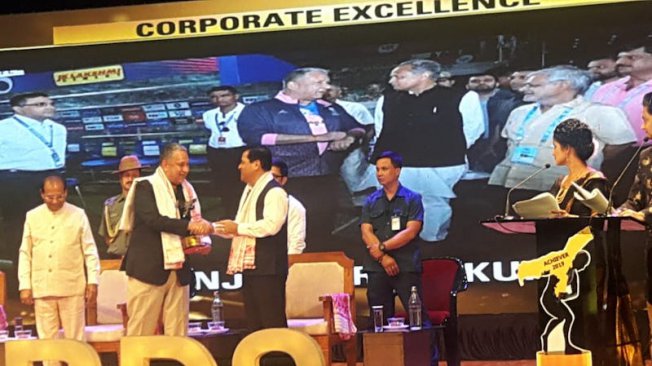 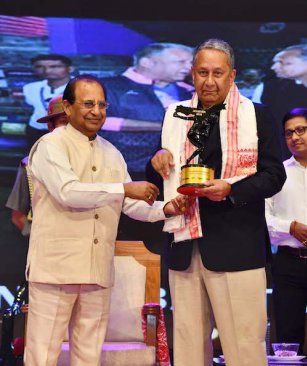